Ent Center for the Arts is committed to community safety. See our current COVID Policies and precautions.

Theatreworks Colorado Springs connects, empowers, and delights our communities through diverse performances and educational experiences that are mirrors for ourselves and windows into others. We create in service to our audiences, our staff and artists, the UCCS students and community, and the people of Southern Colorado to envision a better world.

Theatreworks at UCCS was founded in 1975 by artistic director Murray Ross, costume designer Betty Ross, and an ensemble of passionate artists. It began with a production of an obscure Swiss play in the basement of the cancer ward at Penrose Hospital. After spending time at multiple places on campus, the theatre found a home at Dwire Hall before moving into the first iteration of the Dusty Loo Bon Vivant Theater in what is now University Hall. The Osborne Studio Theater was also created to serve the needs of the UCCS Theatre & Dance program students.

Murray Ross directed, adapted and created more than 100 works for the stage in his four decades as artistic director. His original stage plays include Monkey Business, The Last Night of Don Juan, Dar al-Harb, and I am Nikola Tesla. His stage adaptations include Huckleberry Finn, The Odyssey, Plato’s Symposium, Treasure Island, Venus and Adonis, The Lady of the Camellias, and several versions of A Christmas Carol. He began Theatreworks’ annual tradition of the London Tour, in which a group of passionate Theatreworks supporters travel to the city for a theatre marathon of brilliant productions and compelling speakers.

Shakespeare and other Western European works--including Shakespeare, Scandanavian dramas, and French farces-- were a passion of Ross. The legacy of Shakespeare has taken many forms at Theatreworks, from tours around the state, to tents pitched all around Colorado Springs. In 2019, we began a new chapter with the Bard by adding our Free-For-All program, performing abridged Shakespeare at parks, libraries, and community centers around the region.

Murray Ross did not live to see the opening of the Ent Center for the Arts in January of 2018, but his spirit and memory are honored in the buzz of the Murray and Betty Ross Lobby and the Crow’s Nest, Theatreworks’ rehearsal space.

Theatreworks’ second-ever Artistic Director, Caitlin Lowans was appointed in August of 2018. Caitlin brings a passion for education and for community-engaged work, celebrating the diversity of human experience. 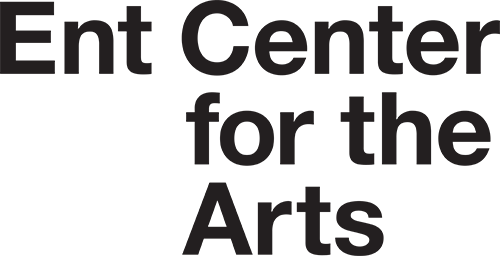